Hosta 'Remember Me' in spring

Hostas have become extremely popular, due in great part to their wide spectrum of colors and variegations. Few other groups of plants have the same variety of foliage hues, which is important because foliage is the backbone of the landscape. Hosta leaves range in color from light buttery yellow to deep forest green to powdery blue, and a host of variegated forms are also available. Recently, hosta breeders have been breeding for red coloring in the stems and leaves.

One of the most fascinating things about hosta foliage coloring is that it often changes throughout the growing season. Some pigments lighten or brighten, while others become more green or chartreuse. These changes seem to be affected by heat, and indirectly by sunlight. Some change very quickly, while others are quite sluggish. The more heat to which a hosta is exposed, the faster the color change occurs. Plants changing the fastest seem to be those grown in a greenhouse in pots on elevated benches. Similarly, plants grown in southern gardens progress through the changes faster than hostas in northern gardens.

Blue hosta color is different because even though it looks blue, it is not actually blue. It is the waxy coating on the leaf surface which causes light to be reflected in such a way that the leaves appear blue. Depending on the amount of chlorophyll in the actual leaf, some blues can be very light and some can be much darker. Most blue-leafed hostas become green at some time during the growing season when their waxy surface is not as reflective as it once was. The wax seems to almost melt off with exposure to hot sun, harsh watering, or some pesticide sprays. Once the wax is gone, the same leaves will not regain their blue hue that year.To achieve the best blue leaf color in a hosta, select newer and improved blue varieties that have excellent waxy leaves. Plant them where they will receive ample indirect or lightly filtered light. Early morning sun is best in most regions, but it is most important to remember to keep the leaves protected from the sun during the hottest parts of the day. Take care not to rub the wax off the leaves by avoiding high pressure irrigation and petroleum-based pesticides.

To help you understand how hostas experience color changes, let's look at some examples of a few popular varieties.

Though not all hostas are chameleons, changing their leaf colors during the season, most are. Perhaps the only hostas that do not exhibit any kind of color change are those that are solid green. Perhaps this is one of the things that makes them so unique and explains why the thousands of hosta varieties are so fascinating and popular with today's gardeners and collectors. 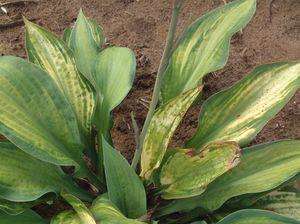 MYTH - Plants infected with a virus may recover. FACT - Viruses do not just disappear, nor does a plant "fight off" an infection. 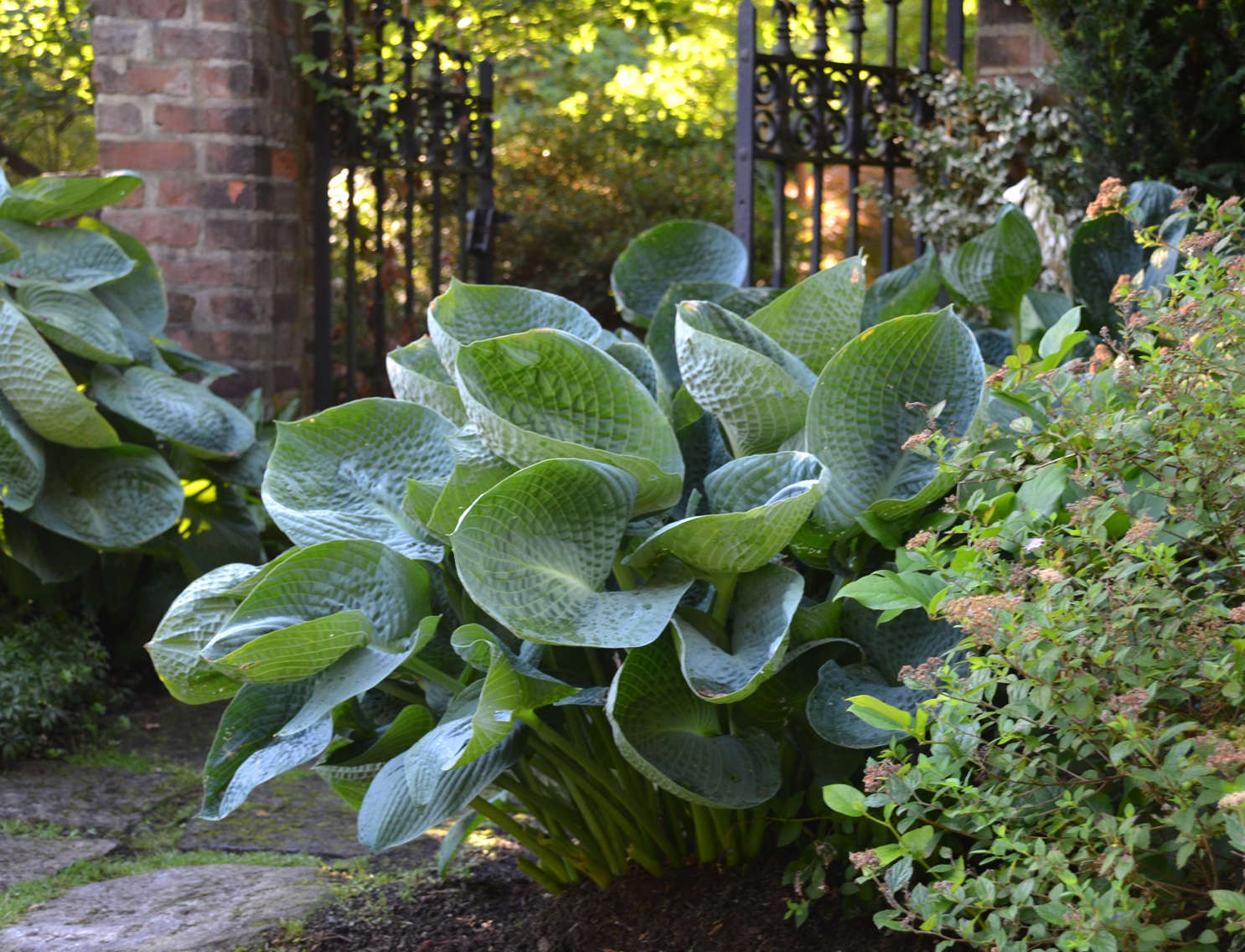 With their ease of growth, variety of plant shapes and sizes available, and diversity of leaf colorations, hostas are one of the most desirable perennials for gardens with partial to full shade. In the landscape, the foliage can provide a bold presence while softening the appearance of well-defined areas. 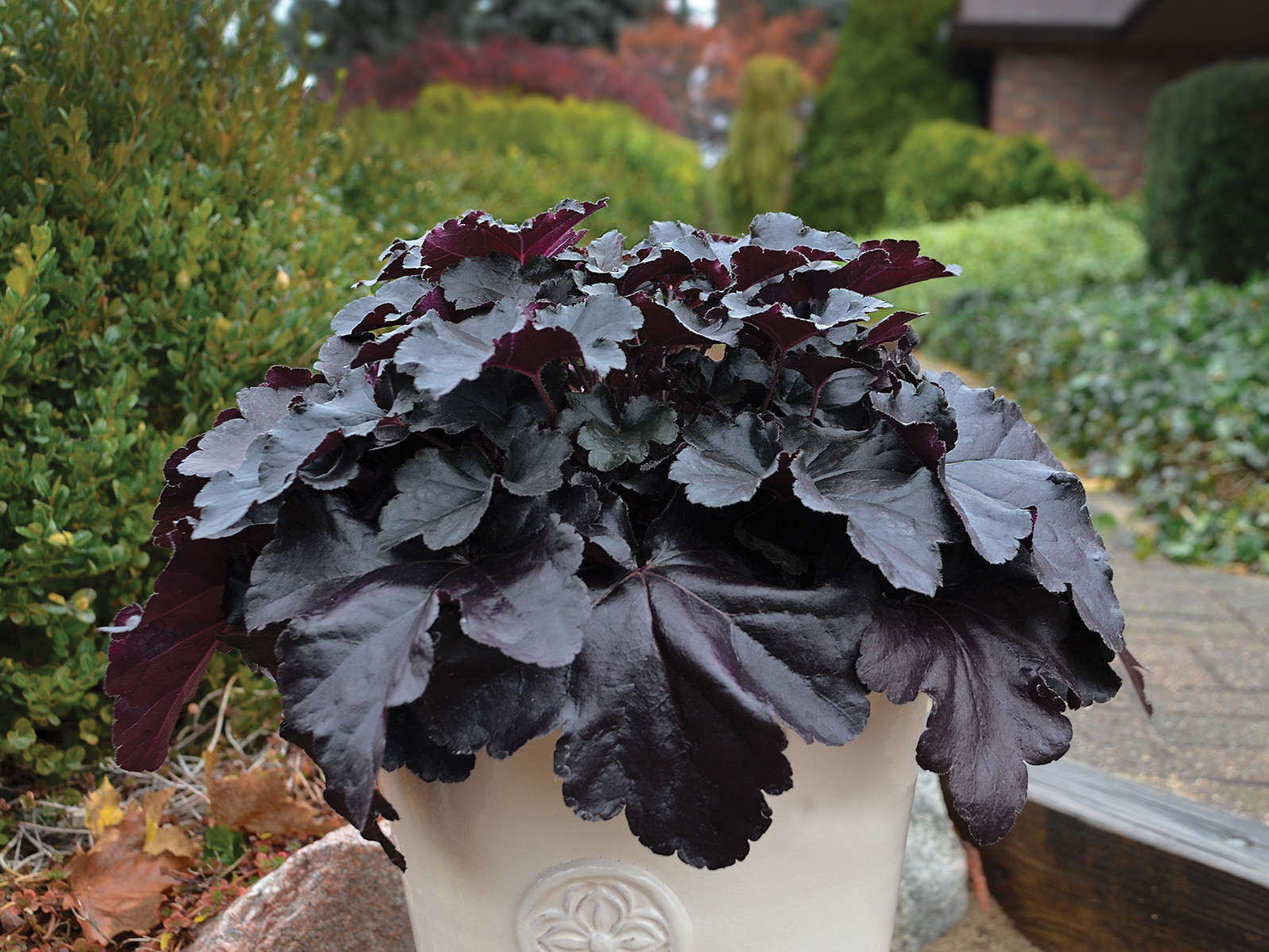 The Complete Guide to Growing Perennials in Containers

Tired of spending money on annuals for your containers every spring? Why not use perennials instead?